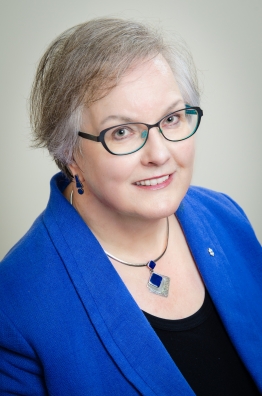 Anne Martin-Matthews is the Associate Vice-President, Health, and a Professor in the Department of Sociology at the University of British Columbia. Her research focuses on aging and old age, social care and health, and home care for older adults. Dr. Martin-Matthews has held two roles with the Canadian Institutes of Health Research (CIHR): as Scientific Director of the Institute of Aging (2004-2011), and as Acting Vice-President, Research, Knowledge Translation and Ethics (2017-2018). While Scientific Director, she was a strategic champion for the Canadian Longitudinal Study on Aging (CLSA), established IA’s Mobility in Aging strategic initiative, and launched CIHR’s Summer Program in Aging.

With a PhD in Sociology from McMaster University, Dr. Martin-Matthews holds honourary degrees from Newcastle University (UK) and her alma mater, Memorial University of Newfoundland. She has received Killam and national awards for her excellence in student mentoring, and is a Fellow of the Canadian Academy of Health Sciences. She serves in advisory roles for Finland’s Centre of Excellence in Research on Ageing and Care, the Canadian Institute for Advanced Research, the Canadian Medical Hall of Fame, the Health Data Research Network Canada, and the Consortium on Analytics for Data-Driven Decision Making: Developing Talent for Population Analytics in Aging Societies (CAnD3). In 2018, she was inducted as an Officer of the Order of Canada, in recognition of her research contributions on aging.