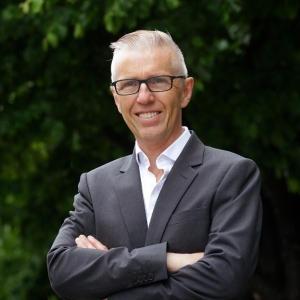 Dr. Andrew Sixsmith is one of the founding Scientific Directors of AGE-WELL and is currently the Associate Scientific Director of AGE-WELL. He is the Director of STAR (Science and Technology for Aging Research) Institute, and a Professor in the Department of Gerontology at Simon Fraser University (SFU). He is the past President of the International Society of Gerontechnology from 2014-2016 and was previously the Director of the Gerontology Research Centre and Deputy Director of the Interdisciplinary Research in the Mathematical and Computational Sciences (IRMACS) Centre at SFU.

Since 2000 he has developed research and teaching links with 26 universities worldwide and has actively collaborated with over 30 major commercial and government organizations. Sixsmith received his doctorate from the University of London and was previously a lecturer at the University of Liverpool in the Department of Psychiatry and Department of Primary Care. His research interests include aging, social isolation, technologies to connect people, technology for independent living, technology policy and the digital divide, theories and methods in aging and understanding the innovation process. His work has involved him in a leadership and advisory role in numerous major international research projects and initiatives with academic, government and industry partners.